Here is an update on the Joule Thief Kit experiment, where I was trying to charge a NiMh battery using a homemade single cell Copper Zinc battery. See this post from October https://madscientisthut.com/wordpress/?p=46

The first experiment using a zinc plated bolt failed as the zinc plating came off of the bolt in about one day. So I set off to make a much better zinc plate. I found a certain unnamed Copper coin made after a certain date was greater than 97 percent Zinc. Zinc has very low melting point of 787.15 degrees Fahrenheit. I have a wood burning stove that makes for a nice melting furnace. I took about 50 coins and stuck them into a tin soup can and inserted them into the fire and after about 10 minutes I had a nice molten Zinc soup. ( I do not recommend doing this because it is dangerous ) 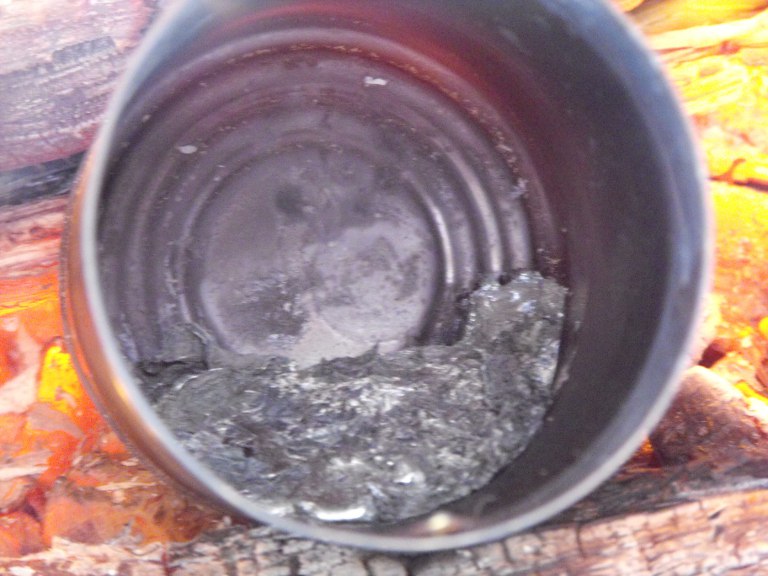 I carefully removed the soup from the fire and poured it slowly (to prevent the copper chunks from coming out of the bottom of the can) onto a large #10 sauce can that was inverted. I let it cool for a long while before removing the zinc slug from the can. 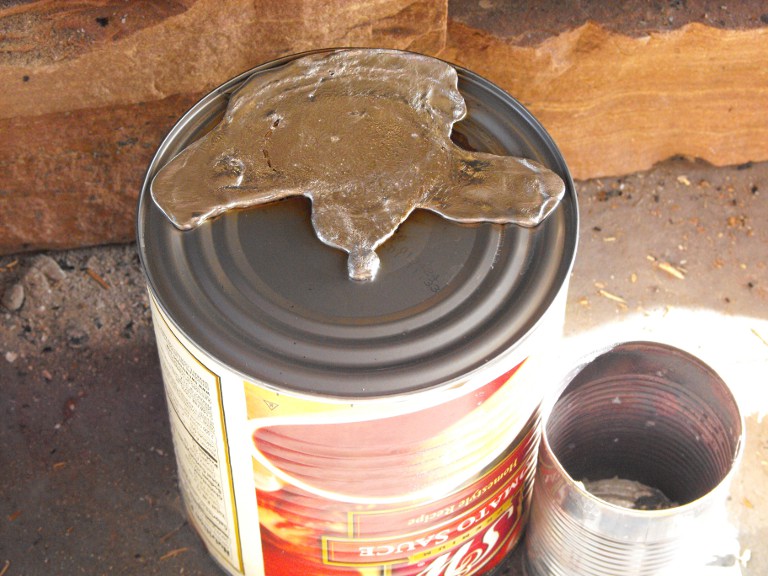 I put this battery together using a plastic peanut butter jar, a 3/4inch x 8 inch Copper pipe and the zinc slug. added some water, salt, and vinegar. I connected the Joule Thief Kit with clip leads to the Copper and Zinc. Took the output from the Joule Thief Kit and rectified it with a 1N4001 diode and put that into a completely depleted NiMh battery ( I use a white LED in series to indicate if the circuit is operating). This is the same schematic circuit from the late October post. This battery charger has been running since November 1st and the NiMh battery Voltage is up to 1.237V. Since I am not exceeding the 1/40th current rating this battery will not overcharge. 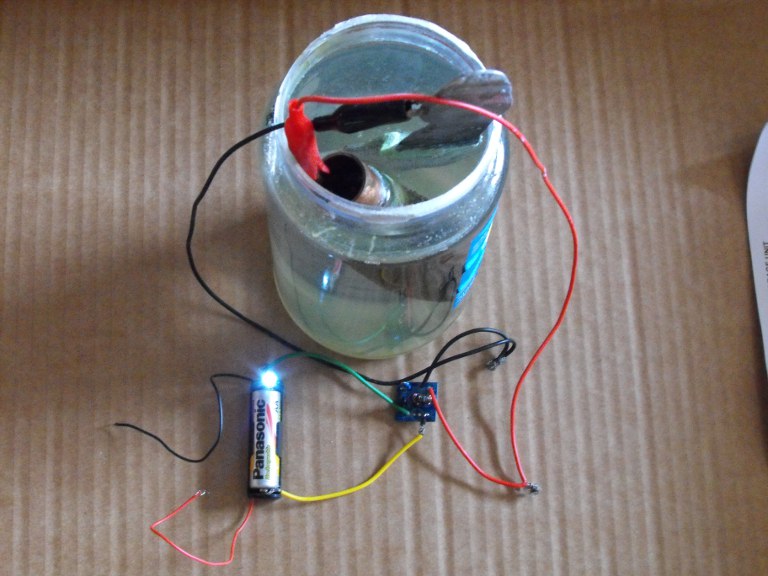 The only maintenance I have been doing is adding a little vinegar every time the liquid level drops from evaporation (that is about 1/16th cup a week), I will post another update when I find time.

I suspect that I can charge 4 NiMh batteries in series with this circuit, and that might be a future experiment.

I know many of you think how can this be useful since it takes a month to charge the NiMh battery, but there are many situations where I think this could come in handy. This low cost circuit provides a source of light as well as being a battery charger. There are plenty of places in the world where electric power is not a luxury of life, and there are plenty of things that you can make low voltage sources with that the Joule Thief circuit will happily run off of. This is what energy harvesting is all about, lets make some use out of something that we could not use before.